Remembering the Day After the Towers Fell… by founder Barbara D. MacAdam

﻿I’ve always found myself actively “looking” for miracles.  Like a child with her nose pressed against the glass looking UP.  Sometimes they’re not so easy to see and can even be hidden inside bad things.  For instance, after the horrific events of 9/11 unfolded before our eyes, it seemed as if nothing positive could ever come from that day.  Then, slowly we started to hear the stories of how a car battery dying, a missed bus, a sudden illness and even a disabling car crash prevented people from being at the twin towers during the time of the attack.  Crisis in those moments, turned out to be blessings in disguise!

Stories of first responders and emergency care givers flooded the airways, showing that what was intended for evil, God was determined to overturn for GOOD.  We watched the horror unfold as we saw images of Police and Firefighters covered in ash, carrying people from the rubble.  It was so captivating, that it left little room for our imagination to think past that day… but I looked UP.

That year was a dark time for our family, as we had just lost our little 12-year-old Bonnie Rose to cancer, after her heroic 2-year battle.  Unthinkably, I had lost my Mom to a series of strokes only weeks before, and I was diagnosed with a potentially deadly congenital heart disease – all in the span of a few months.

Have you ever been asked that now infamous question, “Where were you when the towers fell?”  I remember being at home sitting in my recliner, watching TV and recovering from surgery for a life-saving pacemaker/defibrillator, when the horrific images of the planes crashing into the towers took over the air waves.  I also remember being terrified that I was scheduled to return to the city for more surgery within days, and the authorities were warning us about the potential great danger every major city was in at that time.  They suggested staying away… but that was not an option for me.

As the reality of this tragedy sunk in over the next few days, the tide of desperation slowly started to turn to feelings of HOPE and collective GRATITUDE for those who survived, mostly because of the heroic efforts of the first responders!  Perhaps I was particularly emotional at this time, but I needed to know that GOOD would prevail over EVIL.  Somehow, it helped me hope that one day, I would accept that Bonnie’s death would not be in vain, and in fact, could bring healing to others…  if only I could keep looking UP!

LOOK UP I did, and slowly, in the days after the towers fell, my focus turned to giving recognition and thanks to the hundreds of rescuers that saved hundreds more lives.  It led me to wonder what happened to all those who were rescued. Having spent two solid years in hospitals with Bonnie, I couldn’t help but empathize with the survivors and their long road ahead as they fought to survive.  Where did they go and who was charged with their day-to-day care?  Of course, the doctors were instrumental in the immediate life-saving efforts, but who cared for them over the following days, weeks, months, and in some cases, years?  And I remembered…  it would be the beautiful army of Nightingales – the unsung heroes we so fondly call, Nurses!

I can share first-hand that during our personal nightmare, these heroes entered our lives on a regular basis. It was the selfless nurses who not just cared for Bonnie, but took our family under their loving wings and shone brightly like beacons in the dark place we were living in.  In retrospect, many young people have been inspired to choose a career in Medicine and community service as a result of watching the powerful images of 9/11. It’s not lost on me that many of those who were already young adults are now Grandparents who have spent the past 18 years serving their communities as loving and dedicated Nurses.

These “acts of kindness” contributed to my shift in focus to start using my gifts and skills in ways to give back.  I started writing blessings and poems of encouragement  for those who find themselves in physical and emotionally trying times.  I also started writing blessings that celebrate the brave men and women who go the extra mile to care for and nurture patients and their families.  I created a beautiful, heartfelt poem to be given as a thank you or Nurse’s appreciation gift, called “A Nurse’s Blessing.” My Nurse’s blessing is my way of honoring these great, often underappreciated heroes.

Now, 18 years after that day, some of those young nurses are of retirement age and deserve a Nurse’s retirement gift that captures the love and dedication they so selflessly gave throughout their careers.  This beautiful poem is a unique retirement gift for your favorite Nurse.  It’s the perfect way to commemorate this milestone and to say how grateful we are for their years of dedication and service.

In keeping with this mindset, I realized that among the millions of people who watched this tragedy unfold, many like me are now potentially grandparents and of retirement age.  What better way to pay it forward than to write several blessings for Grandparents?

These are just a few of the blessings I wrote with the purpose of donating a portion of every order I receive, to various hospitals and organizations caring for children with cancer.  Each year, to honor Bonnie’s memory and pay it forward, I give to hospitals and organizations that directly impact the children’s day-to-day lives while they stay in the hospital or receive treatment. We've provided TV’s for their rooms, gift cards for them to shop for Christmas gifts over the internet with the help of their nurses (to keep things a surprise for family members!), day camps, toys and more.  Anything that would make these children forget about their battle, if for only a short while.

So, I choose to believe that what happened the day after the towers fell, has inspired more people to contribute to the world for GOOD, than the horrific event that was meant for evil.  I hope you too will start looking UP and see the potential good in the world, and if my Purple Wising Gate Blessings bring comfort, joy and peace to those who give and receive them as gifts, I'll know my little Bonnie Rose’s battle has been won! 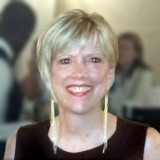 Every year at PurpleWishingGate.com we select a non-profit organization to donate 10% of our proceeds to. We are thrilled to renew our commitment by partnering with “Camp Can Do” for the year 2022. We are proud to be a company that donates when you buy one of our blessing gifts.
Read More

Much like everything else during this Pandemic, the traditional role of the teacher is morphing into something new and unexpected. Like the pioneers of old, they’re forging the way through frontiers both exciting and scary, while being expected to lead our children on a journey through uncharted territory.
Read More

This Christmas, PurpleWishingGate.com will be purchasing $25 Visa Gift Cards for every child living on the Pediatric Oncology Ward, and all those treating at the chemo out-patient clinic at the A.I. Dupont Hospital for Children in Wilmington, DE! Want to help? We are once again, coordinating our "Like Us On Facebook" campaign with our Christmas Gift donations, and all we ask is that you spread the word to help us reach our goal of 5,000 likes by Christmas!
Read More